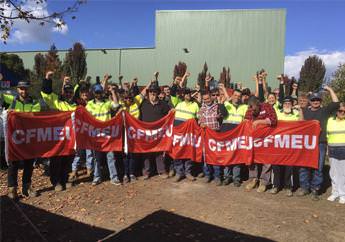 The Construction Forestry Mining and Energy Union has labeled the shock announcement today by Carter Holt Harvey that it would close its Morwell softwood mill within three months and make 160 workers redundant as “an act of bastardry”.

The company announced the closure and redundancies to staff today with no prior consultation with the union, as is their legal obligation.

The union is seeking urgent talks with the company.

“This is an act of bastardry,” CFMEU National Secretary Michael O’Connor said.

“Carter Holt Harvey has taken this decision in breach of its industrial obligations.

“The EBA requires the company to formally notify the union of any planned redundancies and to enter into discussions about their rationale for the closure.

“It is the company’s obligation to demonstrate to the union and the workers that all possible alternatives to closure have been exhausted.

“But they have failed to do so. They have chosen to deliver this shocking news to workers in the most distressing of ways.

“This announcement is a bolt out of the blue. We are highly suspicious of the company’s timing and motivation, with members at their Myrtleford mill locked out of their workplace for over three weeks now.

“Carter Holt Harvey is legally obliged to meet with the union and justify its position. We now seek an urgent meeting with the company.”