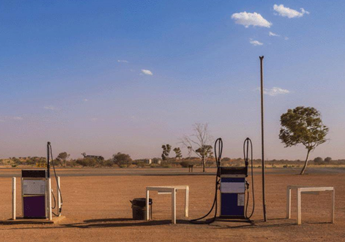 The Morrison Government’s attempt to negotiate access to America's fuel reserve — rather than ensure adequate domestic storage levels — is a fundamentally flawed solution that would do little to protect Australia if a global crisis disrupts fuel supplies.
Despite 90 per cent of the country’s fuel supplies being imported, all of which comes on foreign tankers, the Australian Government has failed to ensure adequate reserves are available to address potential shipping disruptions caused by military conflicts, economic crisis, or natural disasters.

Australia has been in breach of the International Energy Agency’s 90-day fuel stockholding obligation since March 2012, with less than a month’s supply currently available.

The Maritime Union of Australia last year commissioned a report by shipping expert John Francis, ‘Australia’s Fuel Security – Running on Empty’, which found the country is reliant on the equivalent of almost 60 full-time fuel import tankers to supply petrol, diesel and jet fuel.

The union said that even if a deal was struck to provide access to the United States’ Strategic Petroleum Reserve, the lack of any Australian-flagged tankers meant bringing this fuel to Australia in the short timeframe required during the kind of emergency where fuel supplies were threatened would be almost impossible.

“Even in the best case scenario, where the US agrees to provide us access to their Strategic Petroleum Reserve, the fuel needed in a crisis would be sitting halfway around the world,” MUA National Secretary Paddy Crumlin said.

“There is no longer has a single Australian-owned oil tanker, so the Morrison Government would have no way to transport fuel from the US in the event that a global crisis disrupted fuel supplies.

“The International Energy Agency imposes a 90-day fuel stockholding obligation because having adequate supplies available within the country’s borders is essential to ensure services can continue to operate through a worst-case scenario.

“Trying to game the system by negotiating access to another country’s fuel reserves — yet having no strategic fleet of tankers to bring that fuel to Australia — is nothing more than a stop-gap solution that has the illusion of taking action while leaving the country no better off.”

Mr Crumlin said much of Australia’s fuel travels through potential conflict zones, such as the Middle East and South China Sea, making us particularly susceptible to potential disruptions.

“This isn’t a hypothetical situation,” Mr Crumlin said. “The fact is we live on an island, we’re almost completely reliant on foreign vessels to supply our fuel needs, much of our fuel travels through potential conflict zones, and despite all that, we only have a couple weeks fuel on hand.

“Despite all these challenges, Australia remains the only developed oil-importing country without government-controlled stocks of crude oil or refined petroleum products.”