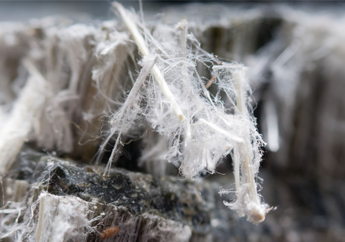 The Australian Border Force is hopelessly under resourced to intercept the arrival in Australia of illegal asbestos products and other dangerous non-conforming building products, a Senate inquiry will hear today in Brisbane.

“Minister Dutton is putting the health and safety of the Australian people at risk by turning a blind eye to cheap imported building materials that do not comply with Australian law” according to Mr. Brad Parker, Assistant National Secretary of the CFMEU Construction Division.

“Non-conforming building products touch nearly every part of our daily lives. From Asbestos that kills to cheap glass that explodes, to flat pack kitchens reeking of formaldehyde.”

Insulation materials containing asbestos were found on construction sites in Brisbane and Perth last year by CFMEU members working on the sites, who had been trained in identifying the deadly product.

“These products are only slightly cheaper than Australian-made products which comply with the law and do not contain poisonous asbestos.

“This is an example of so-called “free-trade” letting the Australian people down – you’ve got dodgy builders who’ll do anything to save a buck ordering from dodgy suppliers who send lethal, banned material to our country because they know the Government won’t do anything about it”

This morning’s hearing comes as part of a Senate Inquiry into non-conforming building products being imported into Australia; fears of which have been heightened in light of negotiations surrounding the India Free Trade Agreement – potentially the largest free trade agreement worldwide.

A report issued in August 2016 recommends that the ABF move to “prioritise” prosecutions, noting asbestos had recently been detected in Australia in building materials, children’s crayons, motor vehicle gaskets and spare parts.

It went on to reveal the ABF’s investigation division has decided against fully investigating several recent referrals it received for asbestos related offences due to the “time and resources implications” needed to pursue them and the “uncertainty of outcomes”.

Peter Dutton, in his willfully ignorant efforts to cling to his job has blamed construction workers and their union for the importation of sub-standard, asbestos-containing building products – the very people who are put in immediate and serious danger by the negligence of his department.

The CFMEU, in partnership with other Unions and asbestos disease support and advocacy groups, will be campaigning for tougher penalties for those companies found to be breaking the law, better training for workers to identify asbestos product, and a strengthening of border protection against these harmful cheap imports.