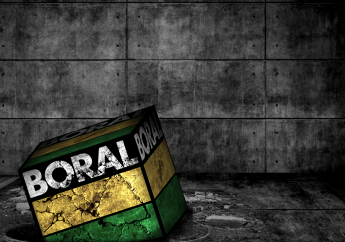 A concreting subsidiary company of construction giant Boral, De Martin and Gasparini, has been ordered to pay a $30,000 fine to the CFMEU for breaching the Fair Work Act last year.

The company threatened over 100 workers with redundancy in July 2017 after they voted down EBA changes that would strip away conditions.

Last September, the Federal Court found that De Martin and Gasparini had taken an adverse action against its workers and had breached the Fair Work Act.

At the time, the judge found that statements made by De Martin and Gasparini managers to its workforce were intimidatory, threatening and were intended to terminate the workforce.

In the Federal Court today, the company was ordered to pay the CFMEU $30,000.

CFMEU NSW Construction & General Secretary Darren Greenfield said that the fine paled in comparison with those faced by workers and their unions.

“Boral’s sales revenue was $4.4 billion in 2017 – this is hardly a speeding ticket to them,” Darren Greenfield said.

“Don’t get me wrong, we’ll take their money, but you’ve got to marvel at how lopsided our industrial system is.

“The company’s actions were unlawful and placed our members under enormous pressure, creating stress and anxiety over whether they would have a job or not.

“They’ve effectively been told that this is the cost of incorporating bullying into the business model – and they can absolutely afford to continue!

“Workers face individual fines of $10,000 for taking strike action over safety issues, and their unions face fines into the millions for fighting on their behalf.

“Our industrial laws are unbalanced and unfair. We need to change the rules to make things fairer for working Australians.”