Call for Minister Lynham to resign after black lung comments 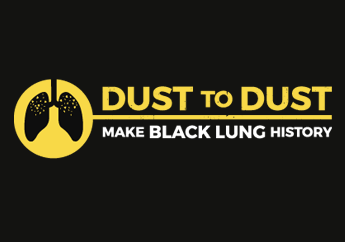 The CFMEU today called on Minster Anthony Lynham to resign or be sacked by the Premier after his insensitive and inadequate response to the Queensland Inquiry into black lung disease, including questioning the scientific evidence for lower dust levels.

The union’s Mining and Energy Division General Secretary Andrew Vickers said while the report was a huge leap forward in the debate about the best response to this issue, black lung victims had expressed anger and dismay at the response of Minister Anthony Lynham.

“We had this fantastic, honest and thorough report like a beacon of hope for men who feel like they’re on death row, but Minister Lynham’s actions undermine rebuilding confidence in the system – it was like a punch in the guts for victims,” Mr Vickers said.

“Instead of simply saying he was totally committed to doing whatever it takes to fix the problem, he got defensive about his department’s role, questioned whether we need to lower the legal limit on dust to international best practice and said he’d take up to 90 days to respond.

“He has permanently lost trust with the victims of black lung disease – we believe he is running defense for those in his department. Black lung victims are on death row and have no time for a Minister to prevaricate and delay just because his department is nervous about their negligence.

“I note the report recommends the Public Service Commissioner should now determine if the Department has breached the Code of Practice for public servants.

“There was no need for the Minister to get defensive – this is not the current Government’s fault alone. Generations of politicians of all persuasions have overseen this and we now need leadership, joint ownership of the problem and a joint commitment to fix it. That’s all we have ever wanted, but this minister has proved at every step that he is not capable of leadership.”

“Fixing the workplace compensation regime might be a better alternative than a victim’s fund, but it would need swift implementation and guarantees that people like Percy Verrall who has been rejected because of the statute of limitations, is now able to receive compensation,” he said.

Mr Smyth said the report’s far-reaching recommendations on dust would ensure workers can feel safe going to work for the first time in decades.

“And lowering dust occupational exposure levels from 3 milligrams per cubic metre to 1.5 will bring us into line with the United States.

“While the Report still opts for dust monitoring to be done by the private sector, it is to be done by firms independent of the coal companies and they must be approved by the regulator, with the regulator to step up its own inspections.

“Check inspectors will no longer have to give ‘reasonable notice’ of inspections, meaning mining companies cannot misrepresent conditions by ‘washing’ their mines before inspections.”

Mr Smyth said a big shake-up of the system of Nominated Medical Advisors and expert radiologists was also welcome, all to be approved by the regulator.

“Increasing the frequency of the X-ray and lung function screening to three years for underground mineworkers and six years for others covered by the scheme is a much more thorough approach.

“Our members and their families deserve nothing less than the best system in the world for assessing the health of their loved ones.”