Cash grab by big mining companies, as redundancy cap forces Australians to work into their 70s 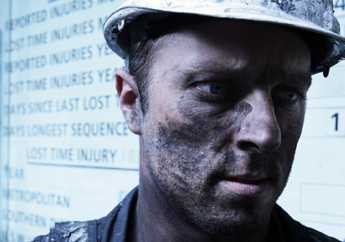 The CFMEU today said it would launch a fresh campaign to change the rules on redundancy pay after the Fair Work Commission’s decision to cap redundancy pay at 15-years of service in the mining sector was upheld on judicial review.

“This decision tells you everything you need to know about our industrial relations laws – the rules are broken,” Mr Maher said.

“The Fair Work Commission decision affects tens of thousands of coal industry employees, who today lost hundreds of millions in retirement savings, to prop up the profit of the world’s richest mining corporations.

“The current rules have allowed big mining corporations, many of which pay no tax in Australia, to steal older Australians retirement savings from under their nose.”

Mr Maher said working Australians are already struggling to save for a dignified retirement with wages stagnant and living costs are through the roof, leaving little room for savings.

“One in three Australians are now working beyond 65 according to the ABS, and almost half of these work into their 70s.

“As older workers grapple with the challenge of funding a dignified retirement, big corporations have used their power under the rules to make retiring even harder.”

Up to now, coal employees’ redundancy pay has been calculated at two weeks pay for every year of service, if they are retrenched. Now, once an employee reaches 15-years of service, they can no long accumulate any further redundancy benefits.

For employees with more than 15-years employment, their existing benefits are frozen and they can no longer accumulate redundancy pay – an outcome Tony Maher described as “disgusting”.

“It is a decision that not only deprives employees of fair benefits at a time of retrenchments but it will impact significantly on many regional economies where these mine employees and their families live and spend their money. It is an absolute disgrace.”

“The answer is simple: we need to re-write the rules and bring back fairness to Australian workplaces. The CFMEU will resource a campaign to reverse today’s outcome and protect older workers hard earned redundancy pay.”