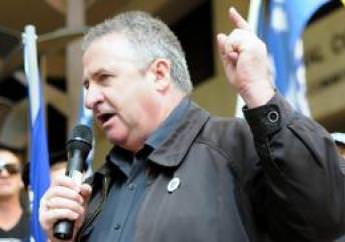 Today’s arrest in relation to the fraudulent supply of white cards is just the tip of the iceberg.

The ability to gain a construction industry induction card (white card) over the internet means untrained workers are being sent to construction sites without proper safety training.

The system poses a massive and unnecessary risk to both workers and the public, and should immediately be changed nation wide to require a minimum of six hours of face-to-face training.

In 2013, a report titled: “A national strategic review of registered training organisations offering industry induction training - the White Card” was released but the Australian Skills Quality Authority which damningly identified that 95% of white cards were being issued online, and that of those, most were completed in under an hour, and issued through Western Australia and Queensland, where the policy loopholes are largest.

Dave Noonan, CFMEU Construction Division Secretary said today: “The ability to gain a white card online is something that we have been railing against since it was first conceived of.”

“The only people who would support this are those who are making money off it. There would not be one thinking construction worker, or member of the community for that matter, that would agree with this. It’s just far too risky. ”

“What’s happening here is that workers are going through the online system in Queensland and Western Australia and these white cards are popping up on sites all over the country. We wouldn’t accept drivers licenses being handed out online without proof of identity, yet regulators have turned a blind eye to this practice in construction”

“The federal Government needs to explain why when it comes to the construction industry they turn a blind eye to every serious issue and focus only on their pursuit of the union. Minister Cash needs to take action to end this national disgrace. “

“So far, when it comes to the construction industry, this government has only been interested in union busting.”

“Meanwhile, you’ve got a Labor Government in Queensland who really ought to know better than to allow this to happen in their state. Our Queensland Branch has been demanding that the Queensland State government take action to end online white cards, but the relevant minister has failed to act.”

“They’ve left this policy loophole wide open despite being made aware of the risks. Politicians need to put the interests of workers and the community ahead of a hand full of bogus training companies who are making money hand over fist off this scam.”