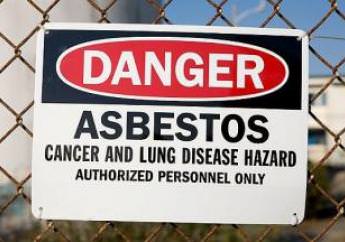 The CFMEU is escalating their campaign for more action against illegal importation of asbestos after the discovery of the cancer causing substance on a major Brisbane project on the weekend.

The union is calling on all state governments to obtain information from Yuanda about products that the company has supplied on state government projects including two children’s hospitals in Perth and Adelaide.

“We want to know what action the government intends to take against Yuanda, given that they have broken the law.

“Are they going to let Yuanda get away with putting workers and the community in danger?”

“The system has failed workers and the community. We face a situation where asbestos could be present in buildings – including children’s hospitals – without our knowledge,” he said.

“We are completely in the dark about who has been exposed and where.”

Mr O’Connor said the issue of illegal importation of unsafe and poisonous building products has been raised in Parliament, was the subject of a Senate inquiry and made the front page of a national newspaper in the last twelve months, without an appropriate response from the government.

Yuanda has also failed in its legal obligations to provide documentation about any product that is imported to Australia.

“After all the work that has been done over decades of struggle by unions and the community to put an end to all the painful suffering and death of so many people, we don’t want to be in a position where we are back where we started, thirty, forty years ago.

“If this government doesn’t act immediately, they will be held responsible for the repercussions of asbestos exposure.”

Mr O’Connor said urgent action was needed immediately to end illegal importation and secure information about where Yuanda products are already in place.

“Doing nothing is putting people’s lives at risk.”