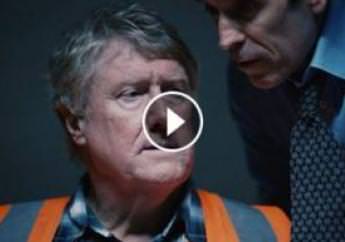 The CFMEU is launching a television ad today in order to inform Australians of the true nature of the ABCC bill which is set to be debated in both houses of Parliament tomorrow.

The Prime Minister Malcolm Turnbull recalled Parliament specifically for this bill and has stated if it fails to pass, there will be a double dissolution election.

CFMEU National Construction Secretary Dave Noonan said that most Australians are not aware of the seriousness of the laws that the government wants to introduce and how they will affect ordinary working people.

“Construction workers will be subjected to a set of laws that apply to no other Australians. The laws can compel workers to give evidence and be interviewed while stripping them of their right to silence and representation of a lawyer of their choice,” he said.

“People who have committed serious crimes such as an accused ice dealer have more rights than workers in the construction industry.”

Mr Noonan said there is very good reason why the Law Council of Australia, the International Labour Organisation (ILO) and many other Australian and international bodies have condemned these laws in the past and the bill which is before the parliament.

“There are basic principles of law and common rights that we’re entitled to as Australian citizens. If this bill is passed, these rights are denied to construction workers and the legal safeguards that are part of our legal system will be stripped away.”

The ILO has found that the former Building and Construction Industry Improvement Act 2005, of which the ABCC bill is an extension, repeatedly and unequivocally breached international human and labour rights conventions to which Australia is a signatory.

Mr Noonan said that the Australian public are owed the truth about these laws and not the lies that have been peddled by the Liberal Government.

“People have been told that these laws are about dealing with criminality and corruption. The Prime Minister, a former barrister, knows this is a lie.

“He knows the ABCC is an industrial regulator that will strip away workers’ rights. Penalties will be tripled for workers and their unions, while penalties for employers who breach their legal industrial obligations will stay the same.

“We want people to know exactly what this government is voting for and what they are threatening a double dissolution over.”

The ad will be televised nationally on all the commercial television stations from today until Wednesday 20th April.

The ad can be viewed here

Find out more about the ABCC here