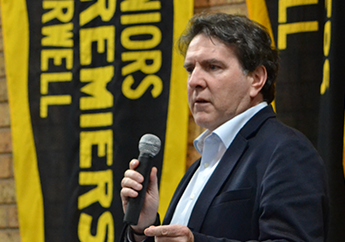 The CFMEU has today sought to shed some light on the secret backroom deal struck between the Coalition and the Greens on Senate reform, labelling it as an attack on workers’ rights.

The deal could encourage the Coalition to a double dissolution election and give it the mandate and numbers to re-introduce the Work Choices-era Australian Building and Construction   Commission.

The CFMEU has made an FOI request for all correspondence between the Department of Prime Minister and Cabinet, including from the Prime Minister and Senator Mathias Cormann, and the office of the Leader of the Greens, Senator Richard Di Natale.

CFMEU National Secretary Michael O’Connor said the Greens were playing a dangerous game and the community had the right to know what was going on behind closed doors.

“The Government wants to bring back the ABCC to hurt unions and continue its raid on workers’ pay and conditions,” he said.

“The Greens have sold out the community and its own voters by giving the Government the power to do as it pleases.

“The public have a right to know how these negotiations came to pass and what has been agreed to in the backrooms of parliament.”

Mr O’Connor said the CFMEU would also ask the Greens to release all correspondence in the spirit of transparency.