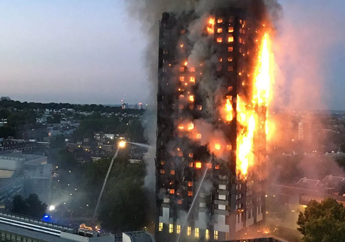 The Construction, Forestry Mining and Energy Union has welcomed the call for a total Australian ban on dangerous cladding by a Senate Committee Inquiry into the highly flammable and life-threatening polyethylene core aluminium cladding.

“We welcome the report’s recommendation for a total ban on the import and use of the dangerous cladding in Australia, a ban we called for in June after a two year campaign for a national audit,” CFMEU National Secretary Michael O’Connor said.

“The CFMEU has been blowing the whistle on unsafe cladding for two years, urging action that was largely ignored.

“We welcome this report and support all of its recommendations, particularly the immediate and total ban on the import and use of the dangerous cladding.

“We’ve said it before and we’ll say it again: there is no point having an Australian Standard if it is not enforced.

“This lethal product is now widespread in Australian buildings. The Federal Government has known for at least two years that it is potentially fatal, but they’ve failed to act. It shows what happens when a free market ideology takes over – everyone cuts corners and lives are put at risk.

“If fully implemented, these recommendations will go a long way toward restoring accountability, safety and integrity to the Australian building products industry.”

In 2015, the CFMEU urged all Australian governments to take action on the use of the flammable cladding, following the fire in the Lacrosse building in Melbourne’s Docklands.
The CFMEU wrote to the Australian Government, and every state and territory leader, calling for a national audit on the use of the product. The union has made submissions and given evidence before the Senate Inquiry. Following the tragic Grenfell fire, the CFMEU advised its members working on commercial building sites to refuse to install the dangerous cladding.