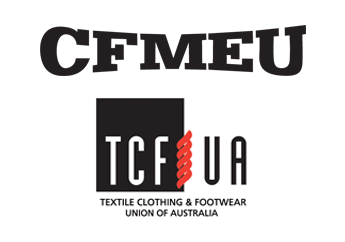 The TCFUA and CFMEU have signed an Amalgamation Memorandum of Understanding, increasing the likelihood of finalising the amalgamation of the two unions by the first half of next year.

“The signing of the Amalgamation MOU gives us a clear way forward to finalising the amalgamation, hopefully in early 2017,” CFMEU National Secretary Michael O’Connor said.

“Members, delegates and officials have been enthusiastically supportive of the amalgamation discussions. They know that it will lead to better outcomes for our collective members, their families and the communities that rely on our jobs,” TCFUA National Secretary Michele O’Neil said.

“People have asked me why our two unions have committed to an amalgamation process and I can give them no better reason than what is written in our MOU,” said O’Connor.

“The CFMEU and TCFUA share a common pride in the history of their respective unions, their members, their struggles, their campaigns and their wins. They share a common belief that the strength of a union lies in organised workers and both seek to create a strong union that fights for members’ jobs, safety and rights.”

The two unions have been increasingly collaborating over the last 12 months.

“This is a historic combining of unions with different cultures but a common passion for justice and fairness. This new union will increase worker power and that’s a great outcome,” Michele O’Neil said.

The proposed amalgamation would be put to a vote of TCFUA members.

Once endorsed by the unions’ membership the unions would then proceed to meet requirements under the relevant industrial relations legislation.