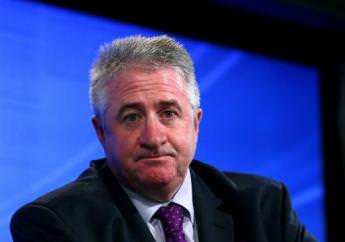 The Turnbull Government’s proposed legislation to control worker entitlement funds could lead to the loss of apprentice jobs, and erode the union movement’s ability to deliver vital industry health and safety programs.

The Fair Work Laws Amendment (Proper Use of Worker Benefits) Bill seeks to control worker entitlement funds, which support workers who are made redundant. Interest from these funds supports health, safety and welfare programs, training and education in one of the most dangerous industries with high rates of suicide.

These programs include suicide prevention (the construction industry has high rates of suicide), high risk licensing training, drug and alcohol treatment, skin cancer awareness, and other vocational training and education in the industry.

CFMEU National Construction Secretary Dave Noonan told a Senate Committee hearing into the Bill in Melbourne this morning that the Government was proposing an unprecedented and unwarranted level of control and interference over the funds, for which there is no equivalent in the corporate world.

“If this legislation goes through, it leaves the door open for the Employment Minister to regulate to interfere in the running of these funds, making it harder for us to deliver lifesaving programs and apprenticeships,” CFMEU National Construction Secretary Dave Noonan said

“The Turnbull Government has lost its majority and is floundering in the polls. It can’t run its own affairs, yet it wants to try and control union business and run interference.

“I would suggest the Australian public might be better served if Michaelia Cash and the Prime Minister got their own house in order, and focused on running the country, not unions.”

The level of financial management and scrutiny proposed by this legislation goes beyond anything that exists for publicly listed companies that manage shareholder funds – which far exceed union resources.

The Bill proposes to give independent directors the power of veto over funds being used for training and welfare purposes.

“This would give directors of these funds more power than other fund trustees and would hinder the ability to run vital health, safety and wellbeing programs for our industry.”

The Bill prohibits donations to welfare or charitable organisations, meaning support for programs such as ‘Mates in Construction’ – a mental health/self-harm and suicide prevention programme - would cease. There is no equivalent restriction in corporate law.