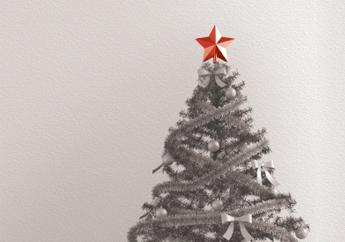 The CFMEU is taking out ads in the Courier Mail and three regional Queensland newspapers over the Christmas period, drawing attention to the plight of almost 200 Oaky North miners who have been locked out by multinational mining giant and corporate tax cheat Glencore.

By Christmas, the miners would have been locked out of work by Glencore for over 150 days. The CFMEU has launched an appeal to support the workers this Christmas.

The dispute over the Oaky North enterprise agreement has been running for most of the year and is showing no signs of resolution, with Glencore refusing to negotiate.

At the most recent meeting between the union and Glencore, company representatives said it would not allow the miners back to work unless they caved in to the company’s demands.

“The Oaky North workers and their community, the town of Tieri in Central Queensland, are hurting.  They face a bleak Christmas as Glencore behaves like an out of control dictator.

“The company clearly thinks it is above the law. It makes mega profits from Australian coal operations and use offshore tax havens to avoid paying tax in Australia.

“Glencore clearly aims to bypass the industrial relations system in the same way it does with paying tax.

“In closed door meetings, they have told the workers that they will never back down on their position, and that the workers will only be allowed back in if they agreed to all of the company’s terms.

“That is not how enterprise negotiation works in this country.

“And it is also at odds with Glencore’s public statements. They say one thing to the media and a completely different thing to workers and their representatives behind closed doors.”

A further meeting between the union, workers and Glencore will take place tomorrow in a final attempt before Christmas to resolve the disputes procedures and workplace representation issues in the Agreement.

The ads will appear in the Brisbane Courier Mail, the Mackay Daily Mercury, Central Queensland News and the Rockhampton Mornington Bulletin over a four-week period.