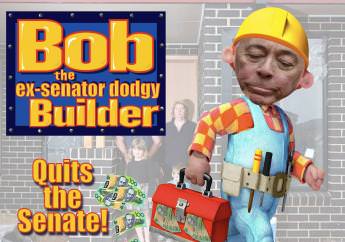 The collapse of Bob Day’s company, Home Australia, shines a light on what is a serious and common problem in the construction industry, according to the CFMEU.

CFMEU National Construction Secretary Dave Noonan said that companies going into liquidation is an ever increasing feature of the construction industry with devastating consequences for small businesses, workers, families and the community.

“One in five insolvencies in Australia are in the construction industry.

“Following a Senate Inquiry into this issue last year, the Education and Employment Committee made a raft of recommendations to protect small business and workers -  that do not appear to be on the Turnbull Government’s agenda.

“Instead they are fixated on industrial relations and going after workers, rather than address the systemic issues that wreak havoc on the community and the economy.”

Mr Noonan pointed to the collapse of Tagara in Bob Day’s home state of South Australia earlier this year as a case in point.

“The collapse of Tagara left 700 small businesses out of pocket to the tune of $27 million.

“Tagara director Tullio Tagliaferri was actually the president of the South Australian Master Builders Association at the time.

“Construction companies routinely break the law in this country and get away with it,” he said.

“Yet Bob Day supported bringing back the ABCC that punishes unions and workers rather than deal with more profound and pressing issues that require a major legislative overhaul.”