Detection of illegal asbestos imports triple, but still no prosecutions 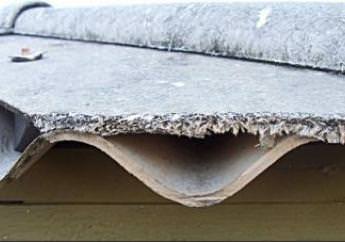 The Australian Border Force has made 40 detections of products laced with deadly asbestos so far this year, a threefold increase on 2015-2016 figures.

However, the construction firm Yuanda, who last year imported asbestos tainted building products from China including roof panels discovered by workers in the Perth Children’s Hospital, has still not faced charges despite admitting responsibility.

The information was revealed at a Senate Estimates hearing last week.

“Border Force can’t inspect every shipment which comes into the country and that’s why offenders should have the book thrown at them in order to send a message and change behaviour,” said Dave Noonan, CFMEU Construction & General National Secretary.

“If this soft touch approach to prosecutions continues we’ll have no choice but to consider banning certain building products from certain countries on health and safety grounds until Minister Dutton is willing to take decisive action.”

Despite the increased detections, Border Force (since establishment in 2015) has, according to the latest information available, only ever applied three financial penalties for importing asbestos, there have been no court imposed fines or costs and no revocations or suspensions of licenses.

Border Force commissioned an independent report on its management of asbestos at the border last year but the terms of reference did not include an examination of Australia’s regulatory framework.

Despite this, the report found that there have been a limited number of full investigations and subsequent prosecutions of asbestos related offences, ‘as it is difficult to prosecute against a ‘mistake of fact defence.’ The report recommended Borderforce ‘prioritise the investigation to improve prosecution of offences related to asbestos importation’

“When it comes to Yuanda, this should be an open and shut case,” Dave Noonan said.

Earlier this year the CFMEU recommended in its submission to the economics committee’s non-conforming building products inquiry that the offences in the Customs Act 1901 be reformed to allow for a greater number of successful prosecutions.  The inquiry’s interim report is due 31 August 2017 and the final report on 31 October 2017.