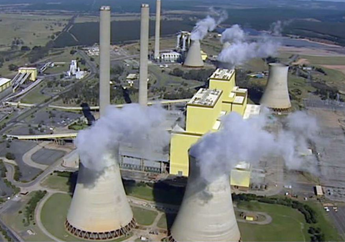 The Fair Work Commission has failed in in its duty to consider the circumstances of workers in its decision to terminate the Loy Yang power plant enterprise bargaining agreement, CFMEU Mining and Energy Victorian District Secretary, Geoff Dyke has said.

The Fair Work Commission yesterday scrapped the existing EBA at Loy Yang power plant, which has now reverted to the Electrical Industry Award 2010.

Mr Dyke said that workers would be at an extreme disadvantage under this award, forcing workers to accept severe pay cuts and insecure work conditions.

“The Fair Work Commission has failed in its duty to consider the circumstances of workers.  This decision will see workers hit with massive pay cuts of up to 65 per cent, according to internal memos circulated to Loy Yang employees.

“The Electrical Industry Award does not include job security provisions such as no forced redundancies, restrictions on contracting out work, or minimum staffing levels.  It also provides no provision for agreed shift rosters.

“The CFMEU will fight against any moves to make workers redundant.

“We are extremely disappointed with the decision from the Fair Work Commission.  This is a further blow to the whole La Trobe community, which is already feeling the affects of the jobs cuts and set backs due to the closure of the Hazelwood power station and the Morwell Mine,” Mr Dyke said.

In December 2016, the Fair Work Commission ruled that workers from Loy Yang power plant could take protected industrial action after ruling that the CFMEU is genuinely trying to reach agreement with AGL. This decision came following 14 months of attempts to bargain with AGL who refuses to genuinely bargain for a fair outcome for workers.

Mr Dyke said that when they provided notice of industrial action, the government called an immediate halt to the action.

“This raises serious questions about why workers were denied the right to take protected industrial action.

“When we provided notice of industrial action, the government intervened and called off the strike after AGL threatened to lock out the workforce from the plant and mine, holding Victoria’s power supply at hostage.

“The Fair Work Commission has also ignored AGL’s refusal to bargain for a fair outcome for workers Instead the Commission has assisted AGL by handing down a decision that delivers pay cuts and insecure work environment for workers.

“The CFMEU has consistently upheld its commitment to put the Victorian community’s power supply first. Workers and the community of the Latrobe Valley region deserve certainty and job security, but AGL refuses to put people first.

The CFMEU will appeal the decision of the Fair Work Commission.