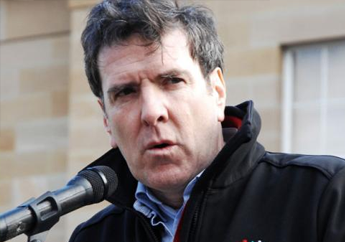 The CFMEU condemns the Federal Government for falling asleep at the wheel and putting the lives of the community at risk. Back in May last year, the CFMEU raised serious concerns aboutthe lack of Government regulation over the use of imported and unsafe building products which do not meet our Australian Standards.

A unit fire in Melbourne’s Lacrosse building exposed the issue of deadly imported aluminium cladding with a plastic core being misused in high rise buildings in breach of the building code.

The CFMEU has recently been made aware that here in Queensland there is a current example of non-complying building products before the courts. The iglu Student Accommodation building which was completed late last year has been uninhabited for months due to non compliant building products holding up their certification.

It is believed that the building which is located at 65 Mary Street in Brisbane was constructed using aluminium cladding. This cladding which is similar to the product linked to the Lacrosse Building fire in Melbourne last year is certified overseas for its supposed fire retardant qualities but is not tested or passed in Australia.

National Secretary Michael O’Connor said, “This issue is not just isolated to the Mary Street project in Brisbane. The union has major concerns over the safety of potentially thousands of students who are currently residing in similar units built by the same Developer in Kelvin Grove, Sydney and Melbourne and workers and residents in high rise buildings throughout the country.

The union said it was time the Federal Government took a hard line.

“These companies are putting the lives and safety of Australians at risk by misusing products not designed for high rise buildings.

"It is abhorrent to see that the Federal Government have chosen to ignore public outrage and the advice from this union and have done nothing to correct the laws surrounding the use of imported building products.

“They are directly putting the lives of the public at risk.

“This union will not simply stand by and wait for the Government to act. We are currently in the process of doing a complete audit of the developer and projects which have similar cladding to ensure the health and safety of the community.

“We care about the community and are willing to do whatever is necessary to ensure that this issue is taken seriously.