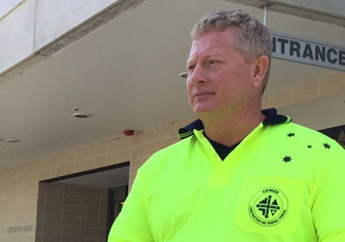 The case against ACT CFMEU Secretary Dean Hall will not be pursued by the DPP as it has fallen outside the statutory time period.

National Construction Secretary Dave Noonan said this was yet another example of wasted resources designed only to smear the union in the eyes of the public.

"It is almost certain there was legal advice that said this couldn't get past first base since the time period had lapsed.

"The investigation of Mr Hall involved allegations of intimidation of a Worksafe inspector on a Claxton construction site in Canberra in 2013.

Mr Hall was visiting the site in response to workers' concerns of safety breaches on the site.Mr Hall described the site as 'the worse safety he has seen on a construction site in 20 years.

'Mr Noonan said the investigation should never have happened.

"The taxpayers are footing the bill to further the Government's ideological agenda," he said.

"In all of these cases, it was obvious from the outset that there were no grounds for the charges laid and no chance of success.

"These actions seem to be designed to create a storm of negative publicity for the union without amounting to anything.

"It should be a concern to the community that the Turnbull Government is wasting public money to fulfill its political agenda of passing the ABCC bill."