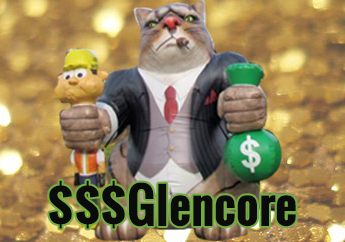 Multinational mining giant Glencore has posted a massive half yearly profit as it locks out 190 miners in Oaky North, Queensland, for a further 11 days.

“They have just reported a 53 per cent increase on their revenue from coal.

“At the same time, they are trying to strip away rights and conditions from the very workers whose labour has delivered surging earnings to them.”

This week, 190 workers at the Oaky North mine have been locked out by Glencore again, this time for 11 days, bringing the total number of days locked out in the last three months to 36.

The company also attempted to stop the workers from a peaceful and legal picket at the front gates of the mine, forcing them to the Magistrates Court to have the picket line reinstated.

Glencore has stripped away 50% of working conditions from a version of an agreement that 99 per cent of the Oaky North mine’s workforce previously voted down in a ballot called by the company.

The union is now seeking a 3% per annum pay increase, as the coal industry contributes to the rise of mega-profits.

“Glencore’s half yearly profits are a staggering US$4.8 billion. Commodities are recovering around the world and mining profits are through the roof.

“There is absolutely no justification for Glencore’s continued crusade to erode job security, pay and conditions.”