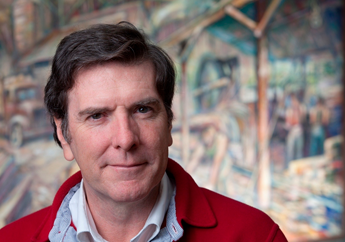 The Construction, Forestry, Mining and Energy Union welcomed yesterday’s report arising out of the Senate Inquiry into Australia's temporary work visa program but called on the Government to take swift action to stem its overwhelming abuse.

The report documents the widespread abuse of temporary visas and the exploitation of visa workers. There are currently 1.5 million people with temporary work visa rights in Australia. And yet, the Department of Border Protection, charged with investigating visa breaches, has only 17 full time inspectors.

The number of visa workers is set to increase with the China Free Trade Agreement negotiated by the Government allowing Chinese investors to bring in their own workers.

CFMEU National Secretary Michael O’Connor said the union had for many years been sounding the alarm about the dark underbelly of the Australian labour market.

“The recent spate of scandals showing widespread abuse and absolute disregard for Australian laws is a chilling indictment of the fact that this Government has chosen to turn a blind eye to what is a crisis of the system,” Mr O’Connor has said today.

“This report has made some good recommendations about how to deal with the abuses and ensure that Australian residents and citizens are provided with opportunities to apply for jobs in Australia.

“We support the recommendation that all 457 visas should be subject to Labour Market testing, as well as making replacement of local workers with 457 workers illegal.”

Mr O’Connor said the worst abusers of the system are those employing international students and working holiday makers through labour hire agencies and on sham contracts.

“There is no reason why a person who comes to Australia to travel and work for a year should be employed on an ABN, which makes them much more vulnerable to exploitation,” he said.

“Instead of allowing employers to bring in easily-exploited trade workers, the Government should be investing in apprenticeships and providing Australia’s young people with a future.

“This report is a good start to fixing up a broken system, but this Government needs to make the penalties for abusing it much higher so that employers think twice before making a quick buck at the expense of both Australian and overseas workers.”