Hazelwood must pave the way for smarter debate on energy transition 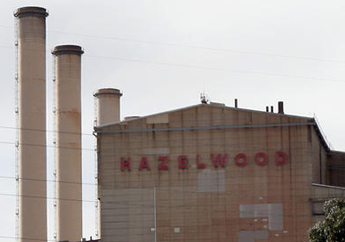 As Latrobe Valley workers from Engie’s Hazelwood power plant prepare to walk off site today, the CFMEU Mining and Energy Division is calling on state governments across Australia to take the situation in Victoria as an lesson on responsible policy-making for our energy future.

CFMEU National President Tony Maher said Hazelwood workers, their families and the Latrobe Valley community are victims of short-sighted companies and governments who looked the other way for decades.

“Twenty years ago we had an efficient, profitable and publicly-owned electricity system, but successive governments sold these vital public assets in a dash for cash. Now it is workers, families and communities who are paying the price in this lack of foresight,” said Mr Maher.

“Consumers are also losing out with electricity prices on the rise – doubling even after you take out the impact of inflation.

“Enough is enough. As the Turnbull Government proposes to inject $2 billion into more hydro that is not going to deliver anything for another ten years, one thing is certain: more jobs will be lost and energy prices will continue to increase.

“What we’ve learnt from the Hazelwood experience is that Governments can’t let private companies dictate the timetable for closures. They must step in to protect the interests of consumers, workers and their communities.

“Private employers – while reaping the benefits from the community – must also share the responsibility and the cost. They must be compelled to hire all redundant workers until the pool is exhausted.

“But with the Federal Government lacking, it is state governments that will need to fill the vacumm. While the Victorian Government’s Worker Transfer Agreement was a significant achievement, the whole community will still feel the impact of this closure.

“Malcolm Turnbull has turned his back on energy and mining communities across Australia, with a plan of low emissions coal technology no energy investor wants to touch. Considering state governments are responsible for this essential service – we now look to them for a solution.

“The cost of complacency is job losses, power instability and increased energy prices – surely we must learn our lesson from the uncesseary pain inflicted on Hazelwood workers, their families and the Latrobe Valley community?

“State governments, the energy sector and unions must come together to find a solution. Only an energy system geared towards the public interest – not vested interests or politics – will solve this crisis.
“The Prime Minister’s failure to lead will not deliver, so we call on state governments to do so for the sake of our future,” said Mr Maher.