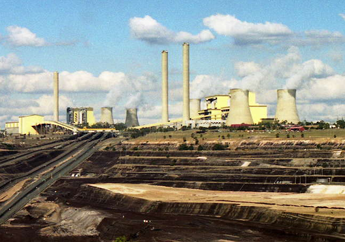 Workers in AGL’s Loy Yang power plant will be taking protected industrial action on 28 December. The stop work action follows 14 months of attempts to bargain with AGL who refuses to genuinely bargain for a fair outcome for workers.

CFMEU Mining and Energy Victorian District Secretary, Geoff Dyke said he is disappointed the company has been unwilling to bring an end to the industrial dispute, instead attempting to pressure workers to accept insecure workplace conditions.

“Despite having been granted the right to take protected industrial action some weeks ago, we have delayed the notice for as long as possible in the hope AGL would be open to resolving the dispute,” said Mr Dyke.

“We will honour our commitment to put the Victorian community’s power supply first, AGL has made no such commitment and is threatening to lock out ALL employees at both the Loy Yang mine and power Station, even employees not taking any industrial action, in a strategic act to pressure the State Government to intervene.

“Despite an offer made to AGL on Monday to split Loy Yang A Power Station and Loy Yang Mine into two separate agreements, in an attempt to finalise the dispute for the mine enabling uninterrupted coal supply to Loy Yang B Power Station, AGL has blatantly refused, highlighting the company’s disregard for Victoria’s power security.

Workers at Loy Yang have not received pay increases since 1 January 2015, in the facilitated bargaining meeting on Monday, 12 December AGL has withdrawn their pay offer to workers of 5 percent per annum for four years. In addition, AGL’s proposal includes unspecified restructures and loss of job security for workers in the Latrobe Valley region.

“In light of the recent announcement of Hazelwood’s closure, workers and the community of the Latrobe Valley region deserve certainty and job security, but AGL refuses to put people first.

“CFMEU’s local representatives and members have delayed their right to undertake protected industrial action until now in a demonstration of good faith and a commitment to Victoria’s power security, but AGL have consistently refused to cooperate,” said Mr Dyke.

The Fair Work Commission has recognised the workers from the Loy Yang power plant can take protected industrial action after ruling that the CFMEU is genuinely trying to reach agreement with AGL.

The protected industrial action will take place on Wednesday, 28 December, with a stoppage of work starting at 7pm for 24 hours.