New Queensland building and construction legislation great news for workers and the community! 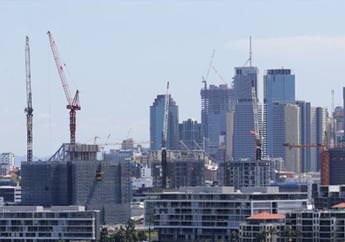 The CFMEU congratulates the Minister for Housing and Public Works Mick de Brenni and the Palaszczuk State Government for introducing powerful new legislation that will ensure all building products used in Queensland are safe and fit for their intended use.

CFMEU Divisional Branch Secretary Michael Ravbar said, “These laws are a huge step in the right direction in ensuring unscrupulous builders and developers who cut corners and import unsafe and potentially deadly building products in order to save a few dollars, are held responsible and accountable.

“With the recent tragedy of the Grenfell Tower Fire in London fresh in everyone’s minds, the community is rightly worried about the safety of their homes and buildings here in Australia.

“Queenslanders want assurances that their homes and buildings are safe and that their Government, at both a State and Federal level, are doing everything they can to ensure this terrible incident doesn’t occur in their own backyard.

“It is great to see that the State Government has addressed these concerns and those of the unions, and delivered strong new powers to the Queensland Building and Construction Commission.

“These laws allow QBCC inspectors to not only investigate new construction but also any existing building to ensure they are safe and comply with Australian Standards which means that Queenslanders can be confident that buildings in this state will be safe and free of any inferior building products.

“Unfortunately, we cannot say the same for the LNP Federal Government who have continued to sit on their hands and allow these dangerous and deadly products to enter our country putting the lives of innocent people at risk.

“Back in May 2015, the CFMEU raised serious concerns about the lack of Federal Government regulation over the flood of imported and unsafe building products, which did not meet Australian Standards.

“Here we are 2 years later and we are still waiting for the Federal Government to act.

“The CFMEU congratulates the Queensland Labor State Government for going the extra mile and doing the job of the lazy, arrogant and incompetent LNP Federal Government.”

Michael Ravbar said, “It’s time for the Turnbull Government to take note and follow in the Queensland Government’s footsteps to ensure the community is kept safe and their minds put at ease.

“We need strong Federal building and construction legislation implemented immediately to make sure all Australians are kept safe from deadly imported building products.”

The CFMEU is also congratulating the Palaszczuk State Government for giving new powers to the QBCC, which allows inspectors to refuse and cancel licences to builders who have a history of poor safety and also requires licensees to notify the regulator (Work Health and Safety Queensland) of activities on a building site that might present a work health and safety issue.

Michael Ravbar said, “This is another major win for workers in the construction industry and gives greater control to the regulator to ensure safety is the top priority.

“We have seen too many cases of rogue employers who have no regard for the health and safety of its workers. “This legislation will mean less fatalities and greater accountability, which in this industry can only be a great thing.”

These important legislative changes in Queensland would not have been possible without the hard work and dedication of the CFMEU and of course, Michael Garrels and the affected families who have put in countless hours in ensuring these laws come to fruition.

We have been lobbying and campaigning the Government to implement these important and much needed changes and are happy to see that all our hard work has finally paid off.

Every worker deserves to go to work and return home safe at the end of the day. Stand up. Speak out. Come home. ENDS.