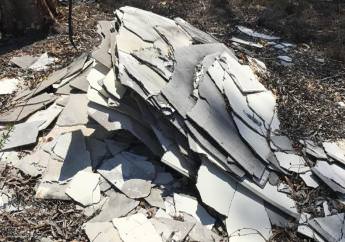 Turnbull Government Senators have put building industry profits and global free trade ahead of people’s lives, with the rejection of recommendations of a Senate Committee Inquiry report on illegal asbestos imports.

The Committee yesterday handed down its interim report on asbestos importation making 26 recommendations, which include prioritising prosecutions, increasing penalties and deterrents, tougher requirements when importing high risk products from high risk countries, and funding for asbestos awareness training in the construction industry.

But Coalition Senators on the Committee released a dissenting report, rejecting the recommendations to stem the tide of illegal importation of asbestos and manage the risks associated with it.

“Every day, workers in construction and building trades face the threat of exposure to deadly asbestos. The Australian Government has dropped the ball and workers have no way of knowing whether new building products being used in construction contain asbestos.

“Any exposure to asbestos is unsafe. Asbestos related diseases are deadly and there is no cure.

Senators on the Committee, who’ve put building industry profits and global free trade interests ahead of the safety of building workers.”

Imports of products containing asbestos into Australia have been banned since 31 December 2003.

In Senate estimates in October it was revealed that Border Force made 63 detections of products laced with deadly asbestos last year — a fivefold increase from the 2015-2016 financial year.

It also received a small fine for supplying contaminated roofing panels for a $1.2 billion children’s hospital in Perth.