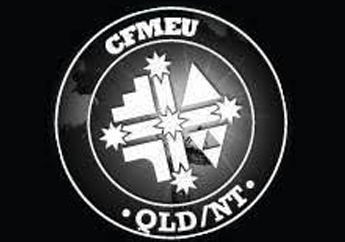 THE QUEENSLAND Police Service owes taxpayers an explanation as to why they are wasting vast sums of money and police time pursuing half-baked actions against union organisers through the court system, the CFMEU said.

This morning Magistrate Wendy Cull awarded costs of $85,000 to the defendants after last month throwing a botched prosecution case against four union organisers out of court.

The landmark court ruling upheld crucial right of entry laws, with Ms Cull questioning the role police sometimes play in what should be industrial relations matters.

CFMEU state secretary Michael Ravbar welcomed the dismissal of all charges against four union officials, and said the costs decision demonstrated the futility associated with the ongoing persecution of unions going about their lawful business of representing workers in Queensland.

The four men (two from the CFMEU) had been accused of trespass when simply trying to exercise their lawful right of entry to investigate workplace health and safety concerns.

“The failure of this case – which was sparked by the bloody-mindedness of concrete company ENCO Precast - illustrates just how desperate sections of the construction industry are to avoid scrutiny,” Mr Ravbar said.

“This is a case where a cowboy construction company has been trying to use the Queensland Police to run a protection racket for them, and the courts have called them out on it.”

“Surely that $85,000 would have been better spent keeping the streets safe, instead of pursuing ham-fisted vendettas on behalf of building companies.”
In dismissing the charges Magistrate Wendy Cull said that “police have taken the side of the business owner from the outset”, and that some police conduct was “naïve and concerning”.

She said key elements of police evidence were “demonstrably untrue”, and there was a demonstrated lack of understanding of the relevant industrial relations law.

According to Mr Ravbar, “This is a landmark case because it reaffirms the right of a properly authorised union official to exercise his or her right of entry under the Act without fear of bullying, intimidation and legal standover tactics.”

“It also raises questions about the relationship between some building companies and sections of the police service, given the willingness of police to intervene on the side of bad bosses trying to bend the law to suit their own ends.”

“The CFMEU respects the important work of the QPS in protecting our communities, but people have every right to question whether vindictive prosecutions such as this are really the best use of finite police resources.”