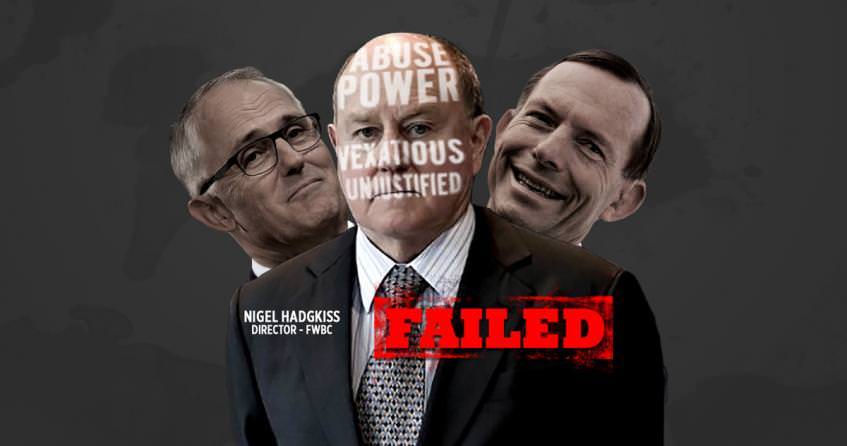 Today the Federal Court proceeding brought by the Director of Fair Work Building and Construction (FWBC), Nigel Hadgkiss  against former CFMEU organiser Mick Powell was dismissed. This decision is a victory of common sense over Liberal Party ideology.

“The Court’s ruling has affirmed that safety is paramount and the CFMEU welcomes the decision,” CFMEU State Secretary, John Setka said.

In May 2014, Mick Powell was arrested by Victoria Police for entering a Kane Constructions site to assist a health and safety representative with safety issues. It subsequently emerged that the FWBC had been advising Victoria Police and Kane Constructions that Mick Powell was breaching the Fair Work Act by coming on site and was a trespasser. This was despite a direction from a WorkSafe inspector that Mr Powell should remain on site.

“The absurd trespass charges against Mick Powell were subsequently dropped by Victoria Police and today the Federal Court has ruled that the legal advice from the FWBC that encouraged Victoria Police to arrest Mick Powell was utterly wrong. This has been a disgraceful example of the FWBC attempting to politicise the Victorian Police with plainly wrong, ideologically-driven, advice about the Fair Work Act and the Victorian OH&S Act,” Mr Setka said.

“The arrest of Mick Powell, while attempting to assist workers with a safety breach is a serious example of how the politicisation of the Victorian Police has seen their valuable resources directed away from protecting the community and funnelled into the Liberal Government’s fanatical union busting campaign,” Mr Setka said.

“The Liberal Government has repeatedly demonstrated that it’s more interested in pursuing its ideological agenda, rather than working collaboratively to ensure the safety of workers,” Mr Setka said.