Statement on the bushfire emergency 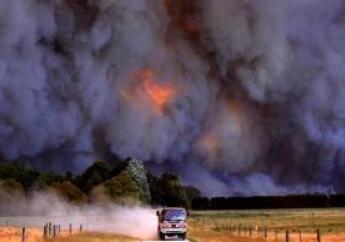 On behalf of the entire membership of the Construction Forestry Maritime Mining and Energy Union, I wish to express my condolences to all of those who have been impacted by the bushfires across Australia especially the families, friends and colleagues of the 28 people who have been killed. We also want to send our thanks to the thousands of firefighters and emergency workers who have given up their holidays and put themselves in danger to keep the rest of us safe, particularly those who work in the timber industry and the seafarers who delivered supplies to those left stranded.

Given the spread of these fires and the areas impacted, it is likely that many of our members have been impacted. The union stands ready to assist any of our members who have suffered injury, lost their homes or had their employment interrupted by this disaster. Rest assured, now as ever, your union has your back.

I have been struck by the amazing generosity of the Australian people, especially those union members who have given up their time, money and resources to assist in the recovery effort. I particularly note the initial $100,000 donated by the Construction & General Division, and the tireless efforts of those in the MUA Division in collecting and distributing much needed essentials to those in need.

I would encourage all members of this union to continue to give what they can to support the recovery efforts.  When times are tough, we stick together – that is what being union is all about.