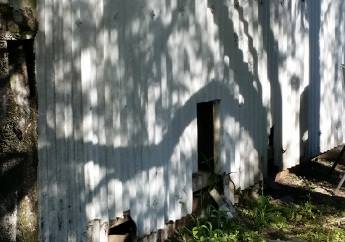 The inspection by SafeWork NSW followed specialist asbestos testing at the mill that revealed 80 per cent of the samples taken — including swabs of damaged walls, dust, and soil — contained asbestos fibres.

The company has been ordered to implement the recommendations of the specialist asbestos consultant that examined the workplace (see link below for full report), including: the immediate isolation of the workshop and store areas; the application of a PVA solution to damaged asbestos sheeting; the engagement of a specialist asbestos removal contractor to decontaminate the workshop and stores area; the removal of asbestos wall sheeting and guttering from the north and east sides of the mill; and the removal of contaminated soil on the north side of the mill.

Sunshine Sugar is also required to carry out urgent asbestos awareness training for all workers, including information on how to identify asbestos risks, the safe handling procedures for asbestos containing materials, and the control measures put in place by the company to address the risk.

Electrical Trades Union secretary Dave McKinley said the findings of the safety regulator and asbestos specialist vindicated union safety concerns and revealed that the company had been misleading with its public statements.

“Sunshine Sugar management attacked the union and claimed there was no substance to our safety concerns, yet we’ve now got documentary proof that 80 per cent of the samples taken by their own asbestos specialist tested positive for a range of potentially-deadly asbestos fibres,” Mr McKinley said.

“Not only were these asbestos fibres found on walls and among dust within the workplace, but soil directly across the road from residential properties was also found to be contaminated with asbestos.

“The specialist hired by the company confirmed that the asbestos risks in the workshop and store areas were at the highest end, setting out a series of urgent safety measures that need to be undertaken by Sunshine Sugar.”

“It is clear that workers at Sunshine Sugar had not been made appropriately aware of the asbestos risks or how they were to be safely managed, putting their health and safety at risk,” Mr Parker said.

“Our members, who raised these concerns, have also been vindicated, with SafeWork NSW and the company’s own asbestos specialist revealing serious shortcomings in how this deadly fibre was being managed.”