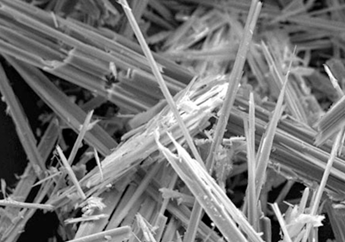 The CFMEU is calling for urgent and immediate action to be taken by the Gunner Government to implement an education and awareness policy for asbestos in the Northern Territory after another case of workers and the public being exposed to the deadly fibres.

Last Friday it was reported that workers, staff and the public were exposed to deadly asbestos fibres while a new air conditioning unit was being fitted to the Alice Springs Hospital Pathology Building.

The CFMEU condemns the false and misleading statement made by a Government spokesperson that “air sampling and swab testing for asbestos returned a low positive result.

Comments such as this prove just how little knowledge and understanding Territorians seem to have of asbestos and its deadly consequences.

CFMEU Health and Safety Co-ordinator Andrew Ramsay is completely dumbfounded and outraged over the comments.

He said, “There is no such thing as a low positive result for asbestos. It is either a positive or a negative result. Any exposure can have deadly consequences.

“These false comments take away from the severity of the issue and give people a fake sense of security.

“It is obvious that there is a major lack of awareness and education on asbestos and in the 21st century it’s just not acceptable.

“Just the age of this particular building should have raised immediate alarm bells as a buildings age is usually the first sign that asbestos containing materials may have been used in its construction.

“Asbestos disease does not discriminate. Every member of this community is at risk of being exposed to the silent killer that is asbestos and worryingly most people wouldn’t even be aware of it.”

CFMEU Divisional Branch Secretary Michael Ravbar said, “Asbestos exposure in the Northern Territory has become somewhat of an epidemic. How many cases of asbestos exposure does there need to be before this Government shows some leadership and takes action on this major health issue.

“The health and wellbeing of this community and future generations is being put in the hands of a useless regulator and an inactive Government that continues to sit on their hands and do nothing about this serious issue.

“NT Work Safe has been ineffective in sorting out this problem and is not the answer to the ever-growing issue in the Northern Territory.

“The CFMEU is again calling on the Gunner Government to step up and show that he is a leader of the people by implementing strong legislation and an awareness and education program to ensure that the people of the Northern Territory have a basic understanding of asbestos containing materials and the dangers that come with it.”

The CFMEU will always take a stand and do the right thing when workers, their families and the community are put at risk.