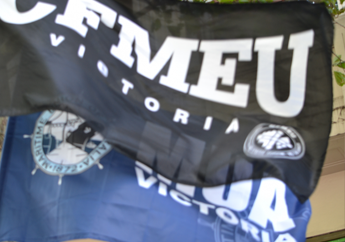 Workers in Newcastle will rally today at 1pm at the Tomago smelter following news that yet another vessel crewed by locals is leaving the Australian coast.

The 16 Australian crew onboard the CSL Melbourne, chartered by Pacific Aluminium, have been told in the past 24 hours that all of the jobs will be lost when they sail the vessel to Singapore.

The CSL Melbourne has been running alumina between Newcastle and Gladstone for the past five years but these jobs will go after the company received a temporary licence from the Turnbull Government in the past month.

Pacific Aluminium says that its five-year freight contract with CSL expired on 31 December last year and due to the decision to permanently close the Kurri Kurri smelter in 2014, the vessel currently servicing the Tomago smelter is too big.

MUA Assistant National Secretary Warren Smith said early indications are the company was refusing to offer another long-term contract and the explanation over the size of any replacement vessel doesn’t make sense.

“This isn’t a good enough explanation for the workers on the vessel or the Newcastle community. It simply doesn’t add up that the foreign ship chartered as a replacement is in fact larger than the CSL Melbourne, when the excuse given is that smaller loads will be carried,” Mr Smith said.

“This demonstrates beyond doubt that Pacific Aluminium is exploiting coastal trading laws to simply replace Australian seafarers with exploited foreign seafarers on as little as $2/hr, aided and abetted by the Turnbull Government’s administration of the licensing system.

“Australia has cabotage laws which cover trade through domestic ports and the use of both Australian-flagged and Australian-crewed vessels. The Senate voted in November to retain these laws yet the Government has again pushed ahead with the issuing of a temporary licence.

“This is a slap in the face for the Senate and the workers whose jobs are on the chopping block and their friends and families in the local community. The Government needs to be reminded that Australian jobs are important – these workers have families, kids, mortgages and bills to pay.”

“Our members’ jobs are being outsourced in own country and it’s simply not good enough. Rather than slash and burn Australian shipping, the Turnbull Government needs to come to the table to try to find a way to balance industry concerns and workers’ jobs,” Mr Williams said.

“Malcolm Turnbull needs to show some real leadership and stand up for Australian jobs. The ALP, Greens, crossbench Senators and industry stakeholders are already working together to ensure the long term viability of shipping in this country and it’s time for the Government to get onboard.”

Australian crews are among the most highly-trained in the world and all have high-level security screening. As a result, Australian-flagged ships are demonstrably safer than Flag of Convenience (FOC) shipping and have a strong record in protecting our pristine coastline.