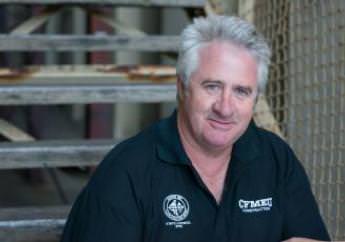 Malcolm Turnbull's announcement of the abolition of the 457 Visa scheme will not end the rorting of temporary work visas according to the CFMEU.

“The announcement is a fizzer. Just like the Prime Minister himself.” He said

"When the CFMEU campaigned against temporary work visa rip offs two years ago, the Liberal Party attacked our union as racist and claimed there were no problems with the temporary visa system. Now, Malcolm Turnbull has been forced to take action as public outrage has grown over widespread abuse and as polls show his unpopularity.”

- Leaves labour market testing up to employers against the advice of the government’s own inquiry,

- Means that many trades including carpenters, bricklayers, painters, plasterers, electricians, plumbers and fitters are still open for are still open for temporary overseas workers,
- Does nothing to address the inadequate monitoring and enforcement of temporary migrant visas.

- Does not abolish measures in the government’s building code, which ban apprentice ratios and preference clauses for Australian residents and citizens.

“The more you examine this announcement, the more it looks like Turnbull is applying a thin coat of paint to a derelict house with a rotten structure.”