Union fights for a fair deal for asbestos workers 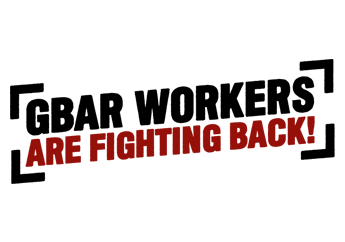 Workers at asbestos removal company GBAR Australia have been threatened via text message that their jobs may not be there unless they agree to the company’s pay offer.

The workers with the support of their union, the CFMEU, are taking protected strike action and protesting outside Bluescope Steel, the main client of GBAR Australia in the Illawarra.

They have told management they have had enough of being ripped off and are taking indefinite protected action to secure a decent wage deal.

CFMEU State Secretary Darren Greenfield rejected claims by the company that GBAR had offered workers above award rates in its deal.

Mr Greenfield said workers were not receiving the right rate of pay given they worked in a hazardous sector of the industry, had no annual holiday leave loading, were having RDO pay deducted from their pay, yet no entitlement to take the days off and no travel allowance paid.

He said the union had been representing the GBAR workers over pay and safety issues they were having with the company.

He said the workers were also not being provided with adequate safety equipment and amenities. Mr Greenfield said the union had been in talks with the company and workers to sign a new enterprise agreement and after the company had said it was “99% there” it had backtracked and brought in a bargaining agent.

“Asbestos removal is one of the most hazardous jobs in the construction industry,” Mr Greenfield said. “We know exposure to asbestos can kill and workers need to be protected properly and properly compensated for taking on this dangerous job.”

He said the workers were holding their protected action outside Bluescope Steel because they had been working there under “appalling conditions”.

“Businesses have a responsibility not to encourage a business model that is based on wage theft,” Mr Greenfield said.