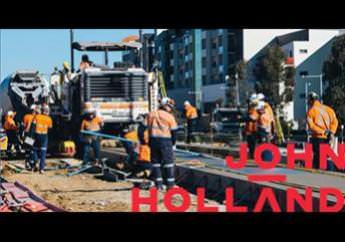 The CFMEU is seeking the repayment by John Holland and its sub-contractors of $700,000 in unpaid wages and entitlements to workers on the Canberra Light Rail project.

The claim, lodged in the Federal Court, affects 84 CFMEU members with an average individual underpayment of $7400.

In some cases, the amounts owed to individual workers exceed $20,000.

The union alleges a litany of breaches of awards and enterprise agreements by John Holland and its sub-contractors throughout 2017, including non-payment of overtime and allowances, payment of below Award wages, failure to provide proper breaks, as well as breaches around payment of superannuation.

“Construction work is among the most dangerous work in the country. When construction workers aren’t allowed the appropriate breaks during work, and in between shifts, it puts their lives at risk.”

The union’s claim relates to the following breaches of Awards and enterprise agreements by the John Holland and subcontractors: