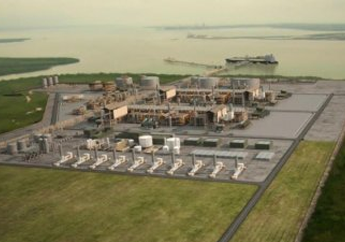 Two major trade unions have slammed the federal government’s construction industry regime as ineffective as they launch an application in the Fair Work Commission to recover the entitlements of 850 people left jobless by the shock collapse of a second contract on the troubled Northern Territory Inpex offshore gas project.

The national leaders of the Construction, Forestry, Mining and Energy Union and the Electrical Trades Union said the claims people working for subcontractors would be protected under Employment Minister Michaelia Cash’s construction industry regime were shown to be hollow by the withdrawal of Laing O’Rourke, which left 850 people jobless yesterday.

The unions will allege that Laing O’Rourke breached provisions of their agreement with their workforce that requires consultation with workers before any redundancies are enacted.

The company was reported to be owed $170 million by principal contractor Kawasaki Heavy Industries as it withdrew from the contract. Last year, Senator Cash assured the parliament her legislation would ensure that subcontractors were paid promptly and that people working for them would not be disadvantaged by delays in payment.

“The minister stood in parliament and promised the people of Australia that when companies went to war, they wouldn’t be endangered by the crossfire. More than 800 people have just lost their livelihoods and the minister is silent,” CFMEU construction and general national secretary Dave Noonan said.

“Her law supposedly requires Laing O’Rourke to have informed the ABCC of their situation and ensured that arrangements are made to look after these people. Either the ABCC have sat on the information and done nothing, or they have never been told.”

Electrical Trades Union national secretary Allen Hicks said that his union and others had repeatedly warned of industrial chaos in the lead-up the introduction of the government’s regime, but that the warnings had fallen on deaf ears.

“When we said ‘This regime is going to sow chaos in our industries’, we were dismissed as self-interested scaremongers. Now there are 850 families in Darwin and around Australia who don’t know how they’re going to pay their bills.”