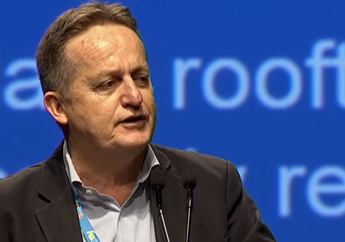 The CFMEU today congratulated the Victorian Government for leading the way in how we respond to the crisis facing many communities like the Latrobe Valley, with the closure of major energy assets like the Hazelwood power station.

“It sees a just transition for workers, their families and communities.

“Hundreds of directly affected workers and their families will breathe a little easier tonight, knowing there is a commitment to their families’ futures.”

“The State Government has filled the Federal Government’s leadership vacuum and come up with a workable plan for the Latrobe Valley.

“Malcolm Turnbull turned his back on the Latrobe Valley and mining communities across the country.

“Before the last election, federal Labor committed to a national scheme to support workers in situations like this, whereas the Turnbull Government has instead taken a blind leap of faith in low emissions coal technology, which no investor wants a bar of.

“The Victorian Government has stepped into the breach in a ground breaking partnership and proven that with the political leadership and industry-government-union cooperation, it can be done. Workers do not need to be thrown on the scrapheap in the energy transition.”

He said the plan was comprehensive and included a commitment to minimise job losses, retraining workers, and an early retirement scheme recognising the age of the workforce and the need to free up as many positions as possible for those wishing to continue working in the industry.

“At least 150 Hazelwood workers to be supported into employment, which is a great outcome for those workers, their families and the Latrobe Valley community.

“An early retirement scheme will be funded at Loy Yang A and Yallourn Power Stations which will have the added benefit of creating vacant positions that can be filled by Hazelwood workers wanting to continue their careers in the power sector industry in the Latrobe Valley.”

The Agreement will see power station operators offer early retirement payment including three weeks’ pay per year of service, capped at a maximum of 52 weeks’ pay.

Mr Maher said practical solutions to the energy transition underway are the right way forward and governments, industry and unions needed to come together. He contrasted that with the approach of the Federal Government.

WATCH: Two Latrobe Valley workers discuss what a transition scheme will mean for them...